For most young people, role models are widely available, perhaps in the form of a favourite teacher, a relatable uncle or the high school dux. This becomes a bit more problematic for members of the LGBTQIA+ community, especially in areas where nobody is publicly out. This was the scenario for freelance writer and LGBTQIA+ advocate Louis Hanson.

“I came out when I was 19, which was a shock because there was no one in my area that was gay or anything other than straight. Throughout school I definitely repressed these thoughts that I was different to those around me because I felt like I didn’t have any role models around me.”

This concept of teenagers struggling to discover their identity isn’t uncommon, but the issue is compounded for LGBTQIA+ youths, who in the past, haven’t had the breadth of role models available to their heterosexual counterparts. This doesn’t just mean pop stars and professional athletes; the lack of an everyday LGBTQIA+ presence in the community, whether it be a friend’s older brother or the local cricket captain, can make things very tough.

“Coming out of school I felt I had kind of become a product of what I had seen in the media and what people expected me to be and felt like I’d kind of lost the person I really was,” said Louis.

“It took me a year out of school to come to terms with my sexuality and I always knew deep down it would be well received by friends and family but I guess the only person that wasn’t fully accepting of that was myself and so I was essentially the only one getting in the way of that.”

Fortunately, things have changed for the better. The proliferation of social media has created a broad support network for LGBTQIA+ youth to connect with others going through the same issues, which is particularly vital for those from remote or rural communities where travel can be a barrier. Advocacy and the result of the same-sex marriage plebiscite have also contributed to a more open dialogue about the LGBTQIA+ community.

“Social media is extremely important in creating change, especially for anyone who’s struggling to come to terms with who they or struggling to accept themselves. In some areas where it’s hard to find LGBTQIA+ people, especially more rural communities where there isn’t as diverse a population, I’ve always found queer people go to the online world to build friendships they can’t find in person, so social media has really been everything to queer people to create those networks that transcend the boundaries.”

As for any advice Louis has for anybody that think they might be LGBTQIA+?

“I would always say to start off, to take your time. It is something you don’t need to rush because at the end of the day everyone goes through their own journey of self-acceptance at different paces. It it’s so important to find people to look up to. I know when I was struggling I clung to some of my role models that gave me strength. Also, don’t be afraid to reach out to people via social, because now more than ever they are willing to offer advice and lift each other up.”

Check out Louis’ first piece for The Good Universities Guide on his experiences at school and uni. 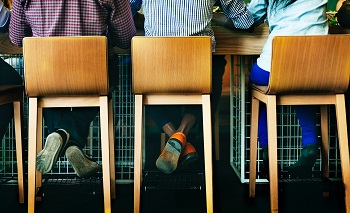